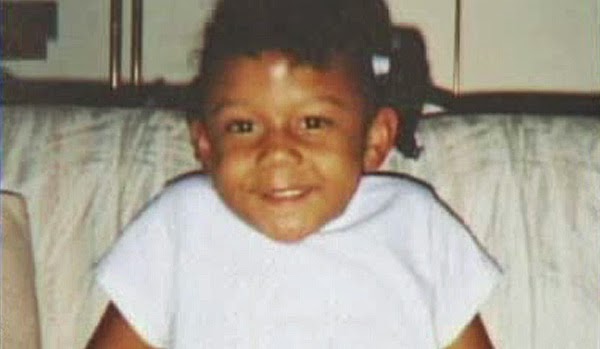 Rilya Wilson’s disappearance came to light because of another little girl’s death. It is a bit convoluted, but we will get there.

On April 28, 2001, the body of a 3-year-old girl was found in Kansas City, Missouri. The girl had been murdered and decapitated shortly before the body was discovered. The little girl was named “Precious Doe” by the Kansas City community and was buried.  However, busts were made and because of the brutality of the crime and the unknown identity, Precious Doe brought national attention.

Rilya (which stands for “Remember I Love You Always”) Wilson and her two siblings were removed from her mother’s care when Rilya was still an infant. They were placed with Geralyn Graham, who was the children’s aunt or godmother (the relationship is unclear), in Miami Florida. Rilya’s birth mother, Gloria Wilson, had a cocaine addiction and was unable to care for her children. She eventually lost her parental rights permanently.

Florida’s Department of Children and Families (DCF) was obligated to check up on the children during monthly visits. Deborah Muskelly was the social worker assigned to do the monthly visits.  The last time there was a family visit was January of 2001.

Graham later told authorities that an unidentified African American female arrived at her home on January 18, 2001. The woman claimed to work for DCF and she was removing Rilya for some evaluations and testing. Rilya had reportedly been diagnosed with unspecified behavior problems prior to the last regular monthly visit. She was never heard from again. Graham claimed the abductor spoke with a thick “African” accent. This woman, Graham said, was extremely familiar with Rilya’s history and said the other social worker was aware of her. Graham also claims that two other people came to her home and requested toys to help Rilya transition to her new surroundings.

Muskelly and her supervisor did resign in March 2002 amid accusations that she had fraudulent home visit records. The agency contacted Graham while doing an internal investigation and learned of the possible abduction in April of 2002, 15 months after Rilya allegedly disappeared.

Muskelly was criminally charged with 41 counts, including grand theft, relating to her alleged deficiency at her job. She pleaded guilty to one count of official misconduct and the had grand theft charge adjudicated so she received five years ‘ probation. The other 39 charges were dropped.  Muskelly admitted she billed the state as a social worker for the times when she was actually working her other job as a teacher. She had not been charged directly in connection with Rilya’s disappearance.

Patricia Kendrick is Gloria’s aunt, and her relationship to Graham is also unclear. However, Kendrick was a secondary caretaker to Rilya.

In August 2004, Graham was charged with kidnapping and three counts of child abuse, and Kendrick with two lesser counts of child abuse. Kendrick promised to testify against Graham at her trial. She says both of them spanked Rilya with switches, locked her in a dog cage and in the laundry room.
Graham was later jailed for identity fraud and Medicaid fraud for accepting payments on behalf of Wilson after she was missing.  The two caretakers maintained that a DCF worker had taken the child for medical testing and never returned. Authorities denied that any state worker had ever taken Wilson for medical testing.

In August 2004, Graham was charged with kidnapping and three counts of child abuse, and Kendrick with two lesser counts of child abuse. Kendrick promised to testify against Graham at her trial. She says both of them spanked Rilya with switches, locked her in a dog cage and in the laundry room.

In March 2005, a grand jury indicted Geralyn Graham after she allegedly confessed in detail to inmate Robin Lunceford, who testified at trial over four days. Two other inmates also testified that Graham, while behind bars, suggested she killed the child.

In January 2013, the jury convicted Graham of kidnapping and child abuse, but deadlocked 11 to 1 on the charge of murder.

On February 12, 2013, the judge sentenced Graham to 30 years for kidnapping plus 25 years for aggravated child abuse. Two other abuse sentences – 25 years and five years, respectively – will be served concurrently for a total of 55 years behind bars. Prosecutors had sought the maximum of life plus 65 years, but at 67 years old at the time of sentencing, Graham will end up serving a life sentence.

The case led to the resignation of DCF director Kathleen Kearney and the passage of several reform laws, including a new missing-child-tracking system and the contracting out of foster child casework to private organizations. Lawmakers also made it illegal to falsify records of visits between caseworkers and foster children.

On May 5, 2005, Precious Doe was positively identified as three-year-old Erica Green. She was never reported missing, but relatives began to question where she was. Erica’s stepfather, Harrell Johnson, was convicted of murder and received a life sentence. Her mother, Michelle Johnson, received 25 years in exchange for her testimony against Harrell.

Rilya’s body has not been found, and it is possible that she was not murdered. Rilya was four years old at the time she disappeared. She was born September 19, 1996.